My Appstation Review (Worth It Or Not?)

I have played video games for around 40 odd years (Giving my age away there a little bit) I started by playing games on the Zx Spectrum through to the commodore amiga and then onto consoles such as the Playstation and Xbox.

I am currently an Xbox One X player and will be upgrading to the series X when and if the Uk gets more stock.

What I have strangely never been a huge fan of is mobile gaming. I just can’t find anything I enjoy and as my age is getting on a bit I find the small screen a little annoying.

Now there is a little disclaimer here at the start and that is that you are not going to be able to give up your day job by playing a mobile game for Appstation. More likely is you will every few weeks be able to get a gift card or a small amount of money paid into your Paypal account.

So lets get on with my Appstation Review and find out if it is legit or a scam and if the app is right for you.

Appstation is a mobile app you can download from the android play store. It is not currently available for Apple devices.

Appstation has a list of featured games and when you play them you can earn points for the length of time you play the games. Don’t worry you don’t need to reach certain levels or be some kind of whizz when it comes to mobile gaming.

You just need to play the games and that is it. In fact, a lot of the games don’t even need to be played you can just have them running in the background and the app will just count the time you spent on that gaming app itself.

Every time the app updates it will count up your points and you can then spend them on either cash into your Paypal account or you can choose an Amazon gift card.

There is also the option of an Apple Itunes gift card which I found slightly odd seeing as Apple users cannot currently access Appstation on their mobile devices. Starbucks gift vouchers are also available if you are a coffee nut like I am.

Like most mobile games and things of this nature, there are in-app purchases you can make if you really want to. This would of course slightly negate the task at hand which is earning money from playing mobile games. If you go and spend money on in-app purchases then it seems a little pointless to me.

Your time is not free though and you will spend some time playing these games in order to earn money and I will talk more about this a bit later.

This is a very good question and one that is put very nicely by the makers of Appstation themselves.

AppStation is so easy to use:

1. Get AppStation now for FREE

2. Chose and play any of our FREE games

3. Earn coins for every second you play

4. The more you play the more you´ll get out of it

5. Trade your coins for ANY gift cards or real cash rewards

There is a little more to it then that but it is always nice to just get a quick simple breakdown of what you need to do.

Once you have downloaded Appstation from the play store you will need to sign up which is just a case of entering some minor details. Once this is out of the way it is onto earning some cash.

The App recommends some great games for you to try out. These are the ones you need to do first as they generally pay the most. Just click on the featured tab at the top to see these recommendations.

Once on the featured tab Appstation will have 2 or 3 recommendations for you to try out. Just simply pick the one which earns the most coins and it will take you back to the play store to download it.

Once downloaded it will store itself in the Myapps section of the main screen as shown above.

In the My Apps section you will be able to see the games you have downloaded and also how much you will earn for the amount of time you play them for.

You can also see the amount of time you have played them previously. This helps you work out how much you can earn from continuing to play them. The more time you put into one game the harder it is to earn points so it is best to swap and change games from time to time.

As you play Appstation more and more and play a good variety of games your rewards points start to stack up quite nicely. As you can see below as you reach certain points thresholds then your rewards start to open up.

You can see above that I had over 36000 points so this had opened up the £2.50 Paypal reward which I promptly took shortly after I grabbed this screenshot.

Getting your payout is quick and simple. When you request to get a payout Appstation will ask you for photo verification. This is just simply accepting then using your phone’s camera via the app to take a snapshot of your face just to make sure it is a real person and not a computer program making the coins.

I requested my £2.50 and the next morning I checked my PayPal and it was there. It might not sound like a lot of money but every little helps right.

I simply sent this £2.50 straight into my Investment fund in my Plum App which means it will continue to grow and earn me money for the future. If you haven’t checked out the Plum app it is a great way to get started with investment and you can do it with small amounts like the one I won from Appstation.

How much Can I Make From Appstation?

Like I said near the beginning of this article you are not going to be able to quit your job any time soon but if you play mobile gaming during your lunch breaks at work and when your partner is watching some rubbish on the television or even when you are on the loo then you can make a little to help out on a monthly basis.

My total playtime to earn that £2.50 with about 5000 points left over was around 1.5 hours. Not a great hourly rate I know but seeing as I was just chilling on my lunch break at work it isn’t too bad.

You can also earn extra coins from the Appstations referral program. If you refer a friend to Appstation in-game then you will earn an extra 250 coins.

You will then earn 25% of any earnings they ever make and they will get an extra 25% too.

As you can see the more people you refer the better your earnings will get which means this could become quite profitable should you have 10 or more people playing Appstation after being referred by you.

Well From what I have played it seems legit, I have played for about an hour and a half, I earned just over 35000 coins and got a payout of £2.50 into my Paypal account. All nice and simple with no issues whatsoever.

Appstation is currently ranked as 4.2 on the Play store and this is out of 115,000 peoples reviews so they must be doing something right.

On this basis, I would say Appstation is legit. From the small number of complaints, I have seen it is because the payouts to Paypal are in Euro’s but this is hardly a big deal.

My Appstation Review (Worth It Or Not?)

So that was my Appstation Review. Is it worth it? Well if you don’t play mobile games or are too busy with life then maybe it could be worth giving it a miss.

If you already play mobile games or have tons of time spare and want to earn a little money then why not. You could easily make £30-40 per month extra which will pay for some bills etc or like I have put into an investment pot for later life.

I will probably continue to use Appstation here and there to pass the time while waiting in queues or waiting while my wife shops etc. Any money I gain will be invested and then we will see how much the app has made me in a few years time. 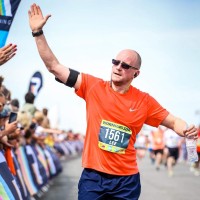